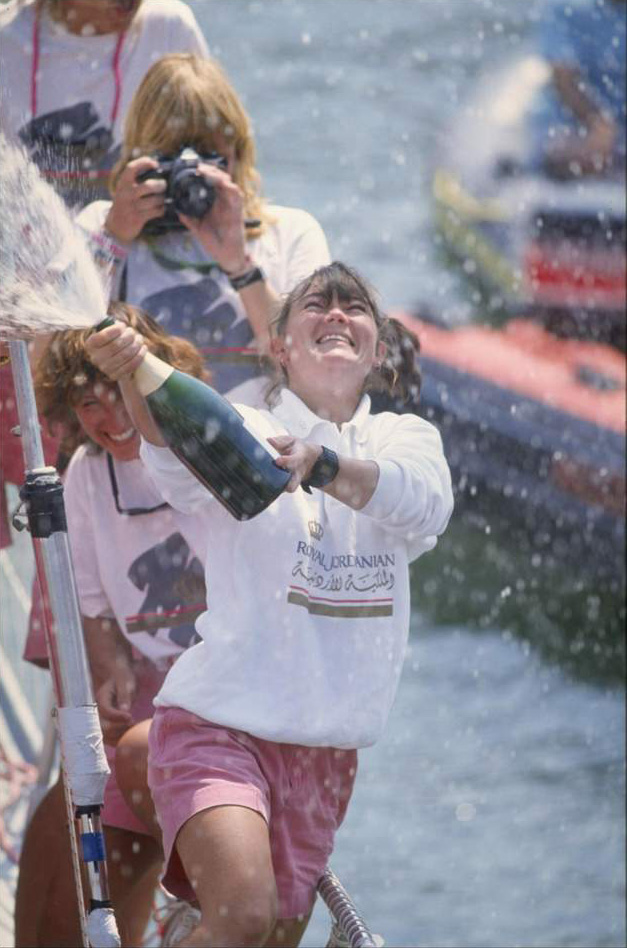 The first all-female crew to sail around the world were today reunited in London for the first time in nearly 30 years to launch a campaign to promote access to education for girls.

Led by Tracy Edwards on the Maiden, they won two of the six legs of the 1990 Whitbread Round the World Race and finished second overall in their class. Their achievement inspired more women to take up the sport.

This morning the 12 sailors met again at St Katharine Docks to mark the start of a full restoration of the Maiden. She  will then embark on a three-year world tour raising awareness and funds for girls’ education projects.

Supported by Princess Haya Bint Al Hussein of Jordan, Maiden will be crewed by a team of eight and will set sail later this year from Southampton to Jordan on the first leg of the project.

They will raise funds for The Maiden Factor Foundation and its supported projects including I Am Girl and The Girls’ Network.

Young yachtswomen will join the crew at various stages as the project also aims to help emerging sailors.

Putney-based Ms Edwards, 55, said: “Today, for the first time since the end of the Whitbread, the Maiden crew are reunited. We spent nine months together during the race and shared a truly unique experience and bond. It has been wonderful to get back together. Back in 1989, many people did not believe that a group of women sailors could take on such a notorious challenge. Our accomplishment reached beyond the world of sailing — showing that with the right support and plenty of belief, women can do anything.”